Casa Batlló is a fantasy universe in its own right, a work of architectural genius, a hymn to nature and a fabulous dreamscape. Join us in falling under its magical charm! 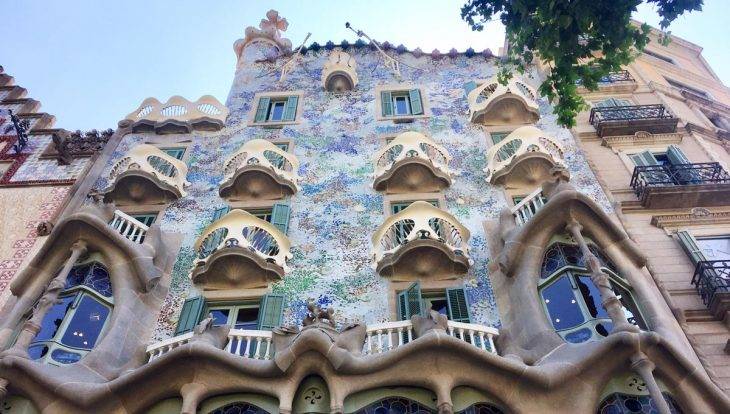 Open to the public since 2002, Casa Batlló received the prestigious Europa Nostra Prize for architectural heritage conservation in 2004.

Casa Battló forms part of the Manzana de la Discordia, between Carrer Aragó and Carrer Consell de Cent. Several architects created buildings in this area during the same period, leading to some fierce competition – hence the name, meaning “the block of discord”.

Hint: make sure you take a look at the other houses on the block – there are some real gems to be seen!

Set in a prime location in the middle of the Passeig de Gràcia, the building’s exterior is both fascinating and intriguing. 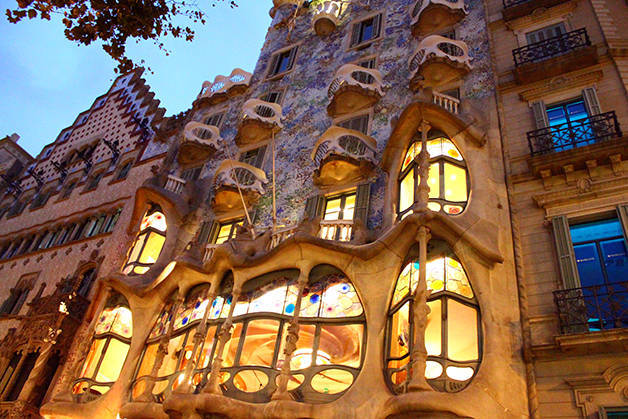 Nothing was left to chance here. During construction, Gaudí himself supervised the workforce from the street, telling them exactly where to place each different element to create the right distribution of materials and colours.

A façade packed with symbolism

The exact theme of the façade remains a mystery, but it was clearly inspired by the natural world, and more specifically by marine life.

For starters, the balconies can be seen as masks, skulls or open mouths. Some people have even referred to Casa Batlló as “the yawning house”. 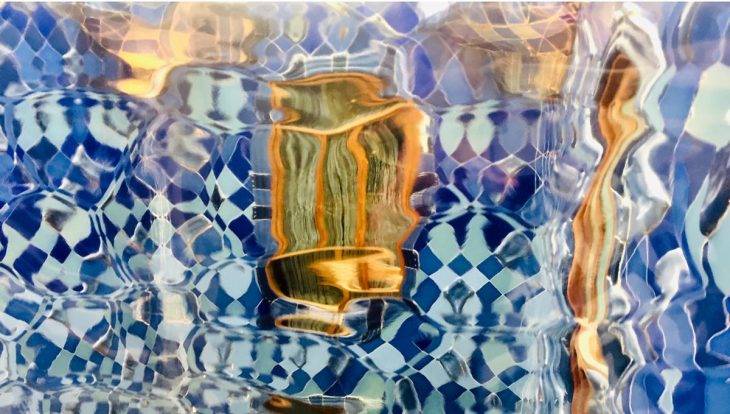 The interiors at Casa Batlló live up to the promises of the façade, expressing the full scope of Gaudí’s imagination.

The only “straight” things in the house are the floors. Everything else is curved, wavy like the sea. The result is extremely impressive.

The walls are painted to look like fish scales, and the stained-glass windows are decorated with bubbles.

Several different areas of the house are open to visitors.

The main reception rooms are on the first floor, and feature a superb panoramic veranda overlooking the street, alongside a number of other unfurnished rooms. 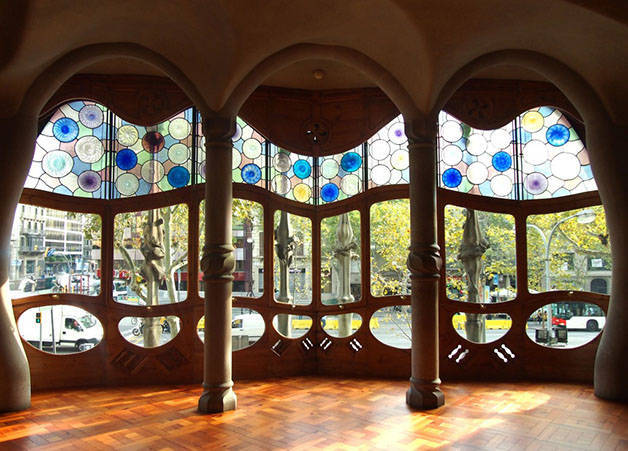 From the central staircase, you can see that the windows and the colour of the mosaics change on each floor: the windows get smaller as you go higher, and the blue gets darker. This means that the lighting is completely balanced when the sun is right overhead. 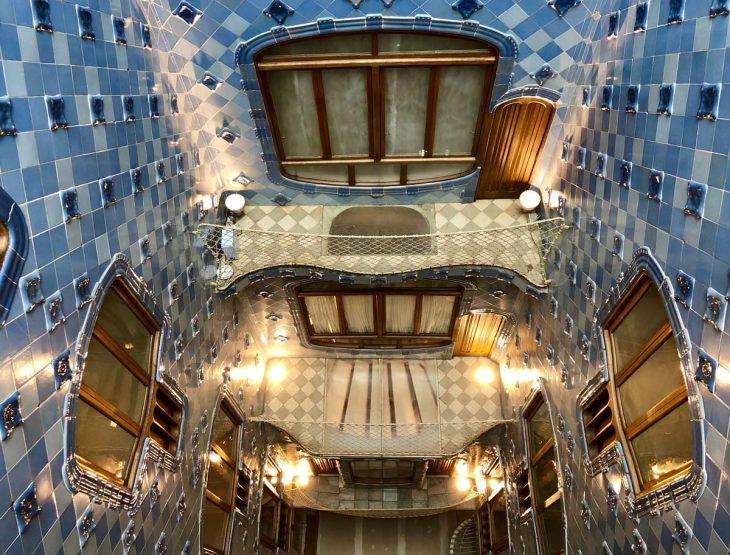 The former laundry rooms at the top of the house are completely white, very different in style to the rest of the house, but are still unmistakably Gaudí, with a series of curved arches and unusual light effects. 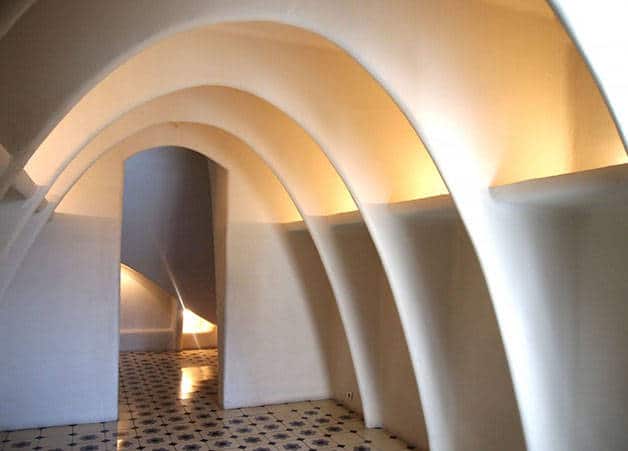 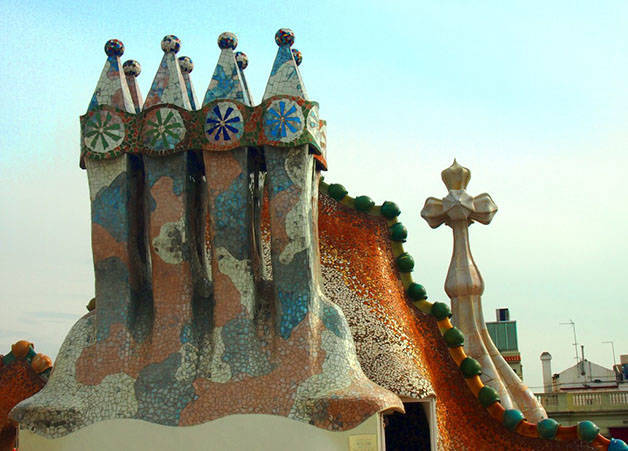 From 22nd November – 7th January, experience the magic of Christmas at Casa Batlló! Visual effects are used in the facade of the Casa Batlló to celebrate Christmas. In addition, inside you will have the opportunity to discover the works of restoration of the masterpiece of Gaudí!

Opening times of the Gaudí museum 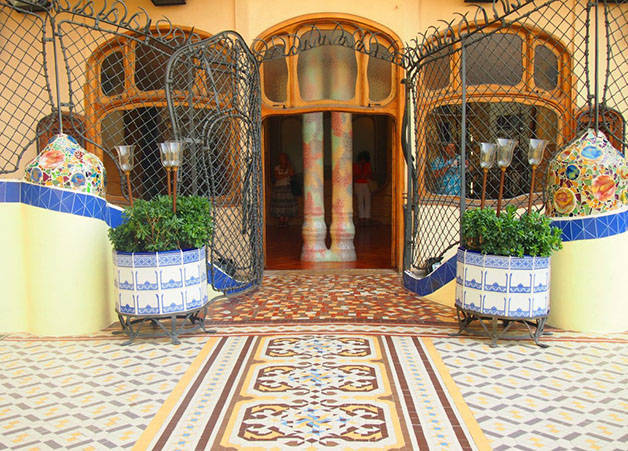 When to visit Casa Batlló