Catalan cuisine: between land and sea, tradition and innovation

Creative but loyal to its long history, Catalan cooking will surprise your tastebuds. Don't miss out during your stay in Barcelona. 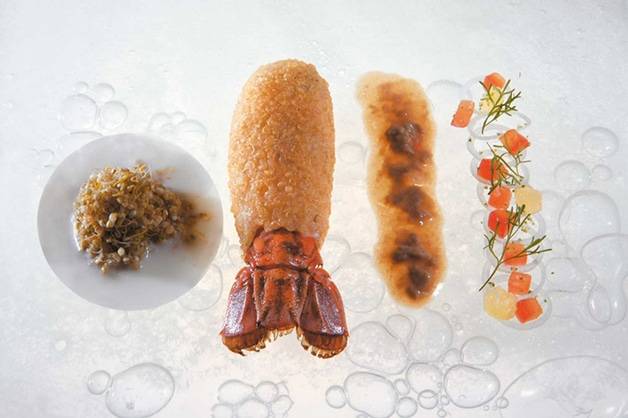 Imagine Gaudi, creating his famous mosaic using ceramic fragments of different colours and with different stories to tell. This will give you an idea of the work of Catalan chefs, who love to take traditional recipes and local products, and reinvent them to create a new tableau of infinitely variable flavours.

Catalan cooking enjoys an international reputation dating from the Middle Ages. Already in 1475, writer and humanist Platina described the Catalan people as great gourmets and compared them to the Italians (in terms of spirit, dress, and the way they live and eat).

The heritage of great civilisations

The character of this cuisine was formed through contact with various civilisations such as the Iberians, the Phoenicians, the Romans and the Jews. These diverse influence allowed Catalan cuisine to  become more than Mediterranean, and to distinguish itself from its neighbours.

Barcelona was an important port where boats coming from the American colonies were unloaded. The region was therefore a sort of laboratory for experimenting with new recipes made with new ingredients.

A rich and unique culinary mixture

A large palette of dishes and ingredients

The culinary diversity of Catalonia is due in part to its geographical position. Between the land and the sea, Catalonia is bursting with contrasts, and produces an abundance of diverse ingredients.

Rice is certainly a key ingredient in Catalan cooking, and it is notably found in paëlla and arròs barcelonès  (Barcelona rice).

Fresh and dried fruits are used a lot, whether as a garnish or accompaniment, in sauces or in picades.

Sauces and picades are pillars of Catalan cooking.

The best known sauces are probably sofregit (hot sauce made with tomato, onion and olive oil), samfaina (made from aubergine, courgette, tomato, onion, garlic and sometimes pepper) aïoli, and romesco sauce (made from tomato, dried red pepper, almond and garlic).

(from the Catalan picar, meaning to grind or crush), are a paste made from various ingredients ground in a mortar, and added to sauces, soups and other dishes. A number of combinations are possible, both in terms of the ingredients of the picades and the sauces they go with.

Seafood is a staple in Catalonia, and it is even one of the parts of the world that eats the most fish. And as Catalan chefs are undeniably creative, fish and seafood are at the centre of countless recipes.

An original use for classic and unusual seafood

In Catalonia, nothing is thrown away: fish heads and bones go into stock, as do lower quality fish. Anchovy bones can even be fried in milk and served as tapas.

The most popular fish and seafood in Catalonia are marlin, cod, sardines, Escala anchovies, monkfish, squid and prawns.

Traditionally the preferred meats in Catalonia are lamb and goat.  Pyrenean heifers and blue footed chickens from El Prat are also renowned for their quality.

Pork also has a special place in Catalan cuisine, as it’s the basis for tupina, a sort of pork preserve.

It is also used in some famous raw charcuterie such as serrrano ham and dried sausages made with or without spices (fuet or llonganissa).

In cooked charcuterie there are a lot of black puddings. Botifarras  are also very popular: a sort of pudding garnished with various ingredients. The most famous are probably black botifarras (made with pigs’ blood), Catalan botifarras (flavoured with truffles), or egg.

Since the 1908s, Catalan cuisine has seen a renewal thanks to chefs who constantly reimagine everyday dishes.

The Celler de Can Roca restaurant owned by the three Roca brothers in Girona was named best restaurant in the world in April 2013.

Ferran Adrià, an avant-garde chef with a global reputation

Ferran Adrià, a real avant-garde culinary artist is probably the best-known. While working with traditional flavours of Catalan cuisine, he experiments like a scientist in a lab.

Between emulsions, deconstructions and spherifications (a technique for making a liquid preparation into little balls), molecular cuisine holds no secrets from him.

Among his specialties are his pine soup with egg yolk seaweed, olive oil caviar in anchovy sauce, or even caramel in courgette oil. Ferran Adrià didn’t hold back in the kitchen of his restaurant El Bulli à Roses, which unfortunately has now closed.

Catalan cooking is consistently surprising, but in order to get a full view you will have to try the more traditional recipes as well as more recent experiments.

Prepare to be surprised! 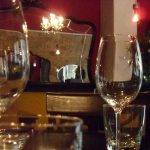 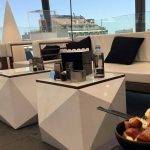