If you are in need of a little musical interlude and want to see prestigious musicians in a unique setting, then read on! 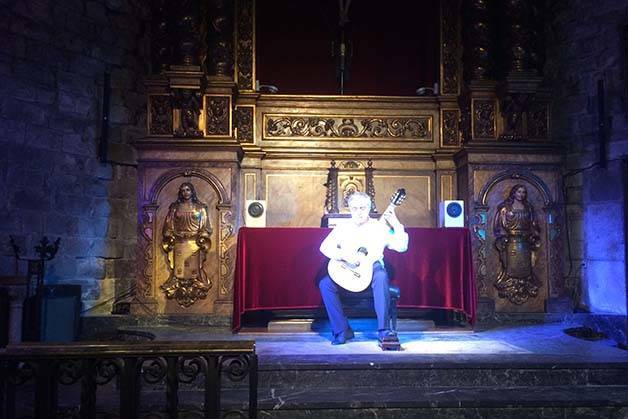 from 9pm or 9:30pm
See calendar of events

If you happen to be a music lover and a fan of stringed instruments you will love Spanish guitar concerts. The musicians’ virtuosity can make these performances in Barcelona a complete escape from the city or a moment of pure emotion.

Shows in Barcelona in an exceptional setting 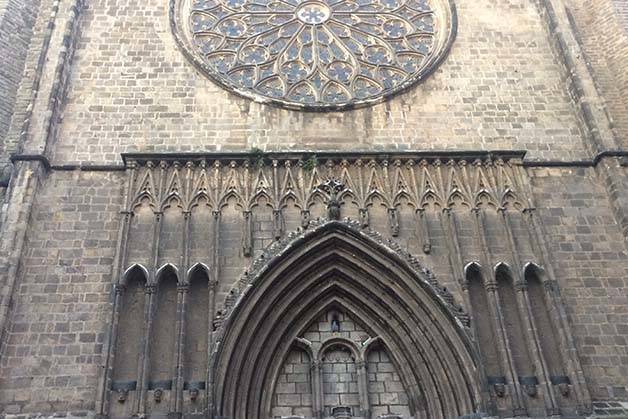 I was lucky enough to attend a concert in the Santa Maria del Pi basilica.

Its chapel is located on the right of the entrance and is perfectly suited to musical performances as its small size makes for wonderful acoustics.

This very interesting setting makes you feel like you are attending a private concert due to the incredible proximity of the artists. After just a few seconds the first notes are released and you are carried away.

Performances in Barcelona by guitar masters

The Spanish guitar concerts are performed by internationally renowned musicians. I had the opportunity to see Catalan Manuel González, considered by the New York Times to be one of the world’s greatest Spanish guitar specialists.

For an hour, the works of Catalan and Spanish composers washed over us, as the guitarist demonstrated breathtaking skill while maintaining what seemed like a dialogue with his guitar. I had a wonderful time, entranced by both the place and the music! 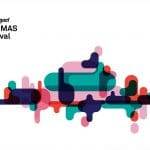 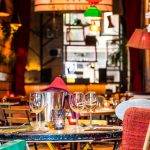 Guzzo: a refined gastronomic and cultural spot in Barcelona 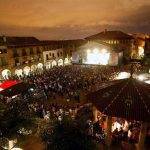 Summer festivals and concerts in Barcelona 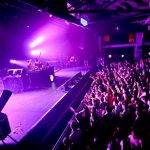