Home > Visits > Port Aventura, Costa Brava, Sitges... > Ski trips from Barcelona, for a day or for longer: our top tips

Ski trips from Barcelona, for a day or for longer: our top tips

Barcelona is close to the Pyrenees, making it a great starting point for a skiing trip, whether for a day or for longer. Wrap up warm, and off we go! 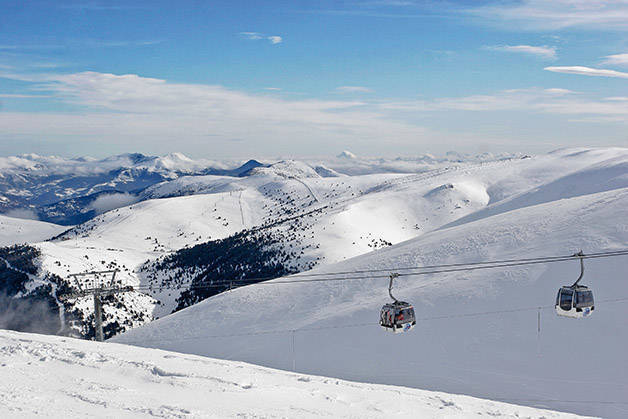 Barcelona is one of the few cities in Europe where you can go skiing and go to the beach on the same day (although you’ll need to be quick!)

Skiing in the Catalan Pyrenees

Ski stations in the Pyrenees

There are 16 stations in the Catalan Pyrenees, but some are reserved for cross-country skiing. In total, there are no less than 330 runs, spread over around 400 km of skiing space.

Here’s a quick rundown of what’s on offer to help you choose:

The quietest station in the Catalan pyrenees is probably Vall de Núria. It’s only accessible by rack railway, which helps to create an optimum environment for winter sports, and you’ll be able to admire the views on the way.

Getting to ski stations in the Catalan Pyrenees

Travelling by car is the fastest way of getting to the Catalan ski stations. Allow between 2 and 4 hours, depending on your chosen destination.

run from Barcelona to La Molina-Masella. The offer below is for a one-day trip to La Molina or Masella.

Grandvalira is spread across the villages of Pas de la Case, El Tarter, Soldeu, Canillo, Encamp and Grau Roig. Split into seven zones, it’s great for all kinds of winter sports, from beginner to expert levels.

Vallnord is Andorra’s second skiing destination. A single pass is available for the three stations (Arcalís, Arinsal and Pal).

Getting to Andorra from Barcelona 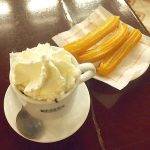 Hot chocolate and churros: our top destinations in Barcelona 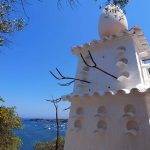 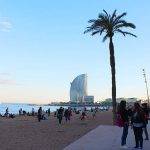 Which is the best season for visiting Barcelona? 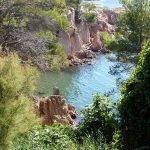 Enjoy a getaway on the Costa Brava