It's getting easier and easier find non-dubbed, original-language (VO) film screenings in Barcelona. Read on for our pick of the best VO cinemas!

Fancy a trip to the movies, but worried your Spanish isn’t up to it? Have no fear, we have the answer! There are plenty of cinemas in Barcelona which show films in the original language (with subtitles), AKA Version Original (VO) – so whatever your linguistic abilities, you have a good chance of finding something.

Ticket prices at these cinemas are often very reasonable – another great reason to go!

We’ve taken a geographical approach here, listing cinemas quarter by quarter, to make it easier for you to plan your trip to the movies.

The Verdi and Verdi Park cinemas, set in the heart of the pretty Gràcia quarter and mere minutes from one another, are particular favourites with local movie buffs. Showing arthouse and innovative films, they offer a mix of Spanish and international cinema, shown in the original version (Version Original, VO) with subtitles.

The Verdi is in one of the quarter’s busiest streets, whilst the Verdi Park is tucked away down a neighbouring side-street. 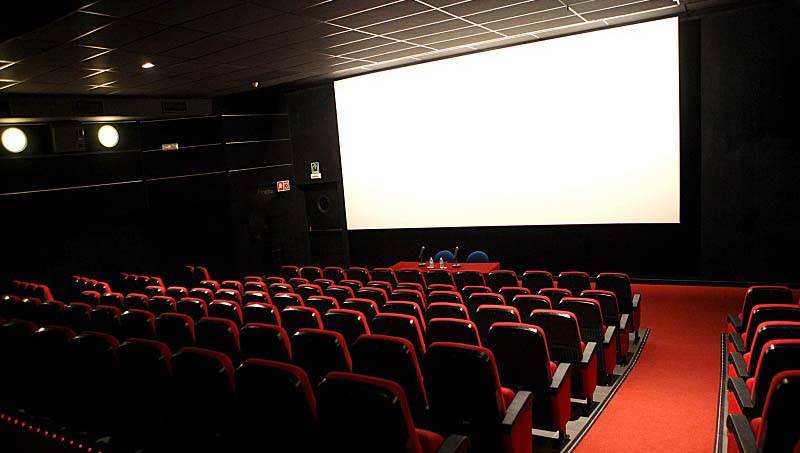 Yes, it IS still possible to see a film on the big screen for less than €5! This welcoming, local theatre boasts four screens, with great projection and sound equipment: a full refit was carried out in 2014. The Texas shows high-quality arthouse films, 3 to 4 months after release.

Where?  Gràcia: Carrer de Bailén, 205; metro: Verdaguer
How much? €3 – 4
Why? For the unbeatable prices and local charm

The Cinemes Girona is another local establishment, playing host to new releases and festival events all year round. The foyer isn’t the nicest, but the three screening rooms are comfortable and the equipment is excellent.

Taken over by the Spanish Yelmo chain in 2017, this cinema is housed in a former theatre at the junction of Gran Via and the Passeig de Gràcia. The location is particularly convenient, and the sumptuous interior reflects the building’s theatrical past.

This small, charming cinema shows a curated selection of arthouse films on its two screens, and the same film is never shown twice in one day, ensuring a wide variety of offerings.

This 7-screen cinema in the Sant Antoni quarter shows a wide variety of films, all in the original version.

Where? carrer Floridablanca, 135; metro: Universidad or Sant Antoni
How much? from €4.50 to €9
Why? for the Club Renoir loyalty card

This small, four-screen cinema enjoys a privileged situation on one of Barcelona’s main avenues. It shows an interesting selection of arthouse and innovative cinema (often French), always shown in the original version.

Avinguda Diagonal, 508; metro: Diagonal
How much? 6 – 9 euros
Why? For the excellent selection of films on offer

This immense 15-screen cinema is situated near the beaches and the Olympic Port, and only shows VO (original language) films. It’s easy to get to by car, as it’s located in a shopping centre – not the most attractive setting, but it’s very practical, with an underground car park on-site. There’s also a great Syrian restaurant, Ugarit, which offers a range of tasty and speedy options if you want a bite to eat before the show!

Where? Carrer de Salvador Espriu, 61; metro: Ciutadel-la Vila Olimpica
How much? 6 – 9 euros
Why? For the varied selection on offer, from Hollywood blockbusters to top-quality arthouse cinema

The sumptuous foyer at the Phenomena sets the scene for the rest of the cinema – pure ’50s-style glamour, and luxurious red upholstery!

This little gem isn’t well-known locally, despite the superb theatre setting (top photo), the best screen in Barcelona, and absolutely perfect sound and image quality. The programme is a mix of classics and more recent films, so if that’s your jam, you’re in for a real treat.

Where? Carrer Sant Antoni Maria Claret, 168; metro: Sant Pau i Dos de Maig
How much? €4 – €9
Why? For the stylish decor and the cutting-edge projection technology

The Maldà isn’t your average cinema, and it’s not the kind of place you just stumble across. Located on the first floor of a building in the pretty Gothic Quarter, it’s one of Barcelona’s smallest movie theatres – but somehow, it still manages to host up to six showings evert day!

The Maldà is unusual in that tickets are valid for the whole day, so you can watch films back-to-back. Rainy day cinema marathon, anyone?

One slight disadvantage is that, although the cinema is charming, the seats aren’t all that comfortable. That said, you could always bring a cushion…

Belonging to the Generalitat de Catalunya, the regional media centre (Filmoteca) is just around the corner from the Barcelona Museum of Contemporary Art (MacBa). It plays host to film festrivals and retrospectives, featuring a wide range of genres and origins, with a focus on cinematic masterpieces. Films are shown in the original version (VO) with subtitles in Spanish (VOSE) or Catalan (VOSCAT).

Where? Plaça Salvador Seguí, 1-9; metro: Liceu
How much? 3 – 4 euros
Why? For the low prices and classic programming

Last but not least is the little-known Zumzeig. Catalonia’s first cooperative cinema shows a carefully curated selection of specialist films. With only 73 seats, it tends to fill up quickly, so make sure you get there early!

Where? Carrer de Bejar, 53 ; metro: Tarragona
How much? 4 – 7 euros
Why? For the bar, and the friendly crowd it attracts

Another option: the Institut Français, Barcelona

If French film is your thing (and we mean that in the proper sense of the term, not as a euphmism), the Institut Français de Barcelone holds regular showings of French-language productions in its theatre space. Don’t speak French? There are a number of other foreign cultural institutes in the city, so take the time to look at their websites – who knows what you might find!

Where? Carrer Moia, 8; metro: Diagonal
How much? 6 euros
Why? For weekly showings of films in French

Time to stop talking – the film’s about to start! Pass the popcorn, will you?

Thanks to Mélody for her expert advice 🙂