Looking for an authentic tapas bar in Barceloneta where you can try typical Spanish specialities? Read on to find out more about our favourite destinations! 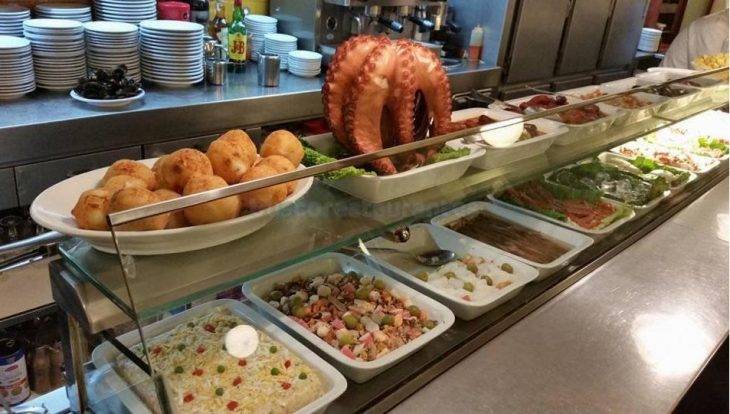 Despite the crowds of tourists descending on Barceloneta because of its proximity to the sea, there are around twenty tapas bars in the area. A former fishing district, Barceloneta has resisted the waves of change sweeping across Barcelona, and has retained a distinctly Mediterranean character. Just look up, and you’ll see the local housewives chatting to each other as they hang their laundry from the windows along the narrow, parallel streets.

Read on to find out about some of the “classic” tapas bars in this lively, authentic area of Barcelona, offering typical, no-frills and supremely tasty snacks… just the way we like them!

This tapas bar opened in 1908 in a former electricity substation, serving Barceloneta. 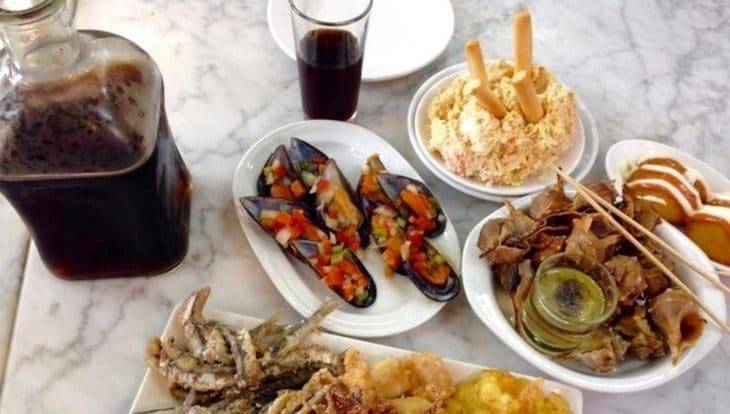 Fear not, you’re not going to get electrocuted as you sip your vermouth! Just make sure you don’t finish the bottle on your own, though, if you want to make it out alive – the vermouth casero is particularly strong, with an alcohol content of  24%. There are bottles of sparkling water on the tables to quench your thirst and limit the damage!


With a historic façade, wooden fridges, wine barrels, beer crates, a collection of boats and old photos of the area, the decoration of the bodega is authentic and unpretentious, reflecting Barceloneta’s origins as a fishing quarter.

If you’re in early, you’re likely to get a whiff of aniseedy Moscatel. Enough said…


Tapas bars: Bodega Fermín, a bar with a terrace

This 50-year-old bodega is something of an icon in Barceloneta. Gladys and Roger, who took the reins 4 years ago, are long-time friends of the family who ran the bar over four generations. 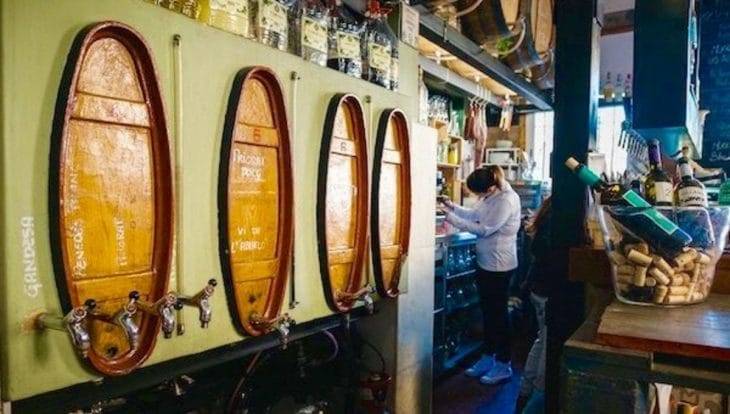 Local residents come in to fill up their bottles of wine or vermouth: in the morning, you’re likely to see one or two older ladies coming in for wine to use in their cooking that day.


Like many of the bars in the area, Bodega Fermín is pretty unassuming, but it’s home to a fantastic selection of top-quality wine and beers.

Small and unassuming, but well worth a visit!

There’s a clear message for customers written above the bar here: “ No hablamos inglés pero hacemos unas bombas cojonudadas ”. In short, the staff don’t speak English – implying that the bar is still “authentic” – but the bombas tapas are, well, the bomb! 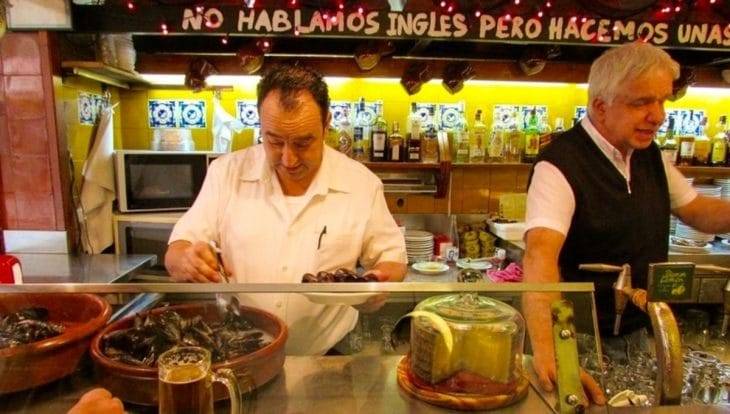 La Bombeta means “light bulb” (more electricity!), but everyone talks about the bomba, a popular Catalan tapas dish, originally created by the nearby Cova Fumada.

There’s a life-sized and rather realistic octopus behind the bar, keeping an eye on things – but trust us, the seafood used in the actual tapas is far tastier!


Don’t forget your five-a-day… the chargrilled artichokes and the famous Padrón peppers are delicious examples of typical vegetable tapas. Carnivores will want to leave room for the butifarras (Catalan sausage).

Where? Calle de la Maquinista 3, Barceloneta
When? Noon to midnights, except Wednesdays and public holidays
How much? €3.90 for two bombas. Tapas €3 – €15
Why? For the bombas, of course!

Señor Fort was one of the first people to introduce the concept of a tapas-brewery to Barceloneta. El Vaso de Oro has been serving tapas to accompany its beer – or beer to accompany its tapas – for over half a century. 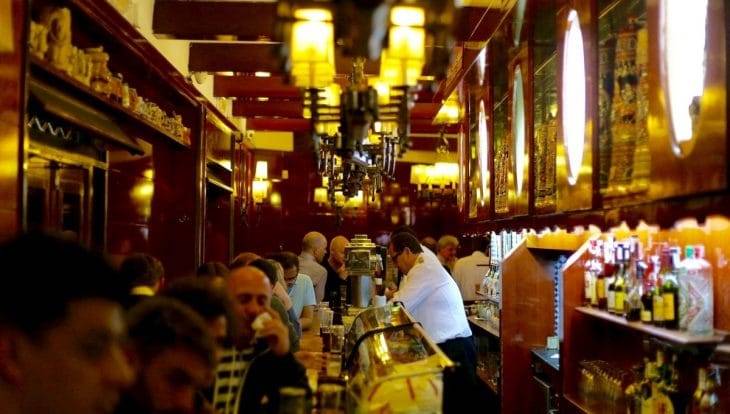 The bar is literally, well, a bar, with three small tables at each end.


Décor-wise, there are around a hundred antique German beer steins set above the bar, like trophies. These original drinking vessels come with a lid to stop the precious contents from spilling out in case of over-enthusiastic toasts!

El Vaso d’Oro serves a range of typical tapas, including spiced tuna, morcillas (a sort of black pudding) and delicious callos (tripe), served only on Sundays.

Finally, don’t forget the one and only Cova Fumada! Click here for a whole article devoted to this iconic tapas bar. We also recommend the Bodega del Peninsular and the Jai-Ca, covered in a separate article. 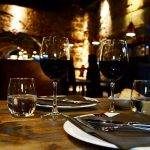