The ferrocarril is a public transport service which will get you around Barcelona and its immediate surroundings. Read on to find out more!

Do you want to visit the areas around Barcelona, or do you simply need to get to and from somewhere in the suburbs? The Ferrocaril, run by the Generalitat de Catalunya (Catalan Government Railways) is an excellent option!

The ferrocarril: a useful addition to the metro

There are two types of ferrocarril lines: 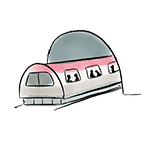 The Barcelona-Vallès network: for the universities, Sabadell and Terrassa

The Barcelona-Vallès network includes different ferrocarril lines which will take you to the other side of the mountains. The starting point for all lines in this network is Plaça Catalunya. Lines L6, L7 and L12 are also part of the network.
There are 5 suburban lines in the network:

You’ll need a 1, 2 or 3-zone ticket for the Barcelona-Vallès network. See the FGC tariff zones on the official Ferrocarril website to find out what zone you’ll need, depending on your start and end points.

This network serves the different university campuses, including the UAB (Universitat Autònoma de Barcelona) and the UPC (Universidad Politècnica de Catalunya) amongst others. It also goes to Terrassa and Sabadell, two major towns near Barcelona.

The map below shows the different lines and stations included in the Barcelona-Vallès network. Click to enlarge.

The Llobregat-Anoia line: for Montserrat, Colònia Güell and Manresa

Tickets for the Llobregat-Anoia network go from 1 to 6 zones.

The image below shows the lines and stops in the Llobregat-Anoia network. Click to enlarge.

Useful information on the ferrocarril

Ferrocarril times vary depending on the line you’re taking and your period of travel (times are different during the month of August and on weekdays/weekends) – so it wouldn’t be practical to give a full timetable here.

We recommend using the tool on the FGC homepage (in English) which gives train times based on your start and end points and selected travel times.

Tips for using the ferrocarril

For more information on public transport, see our article on metro, bus and tram transport in Barcelona.

Buy your Hola BCN transport card with 10% off Click here

Metro, buses and trams in Barcelona: prices and top tips to save money during a tourist stay