Home > Visits > Museums, tickets and discounts > Museum of the history of Barcelona: a surprising tour of ancient and medieval sites

Museum of the history of Barcelona: a surprising tour of ancient and medieval sites

The city's history museum offers a rich cultural and exciting tour, so get ready to step back through time. 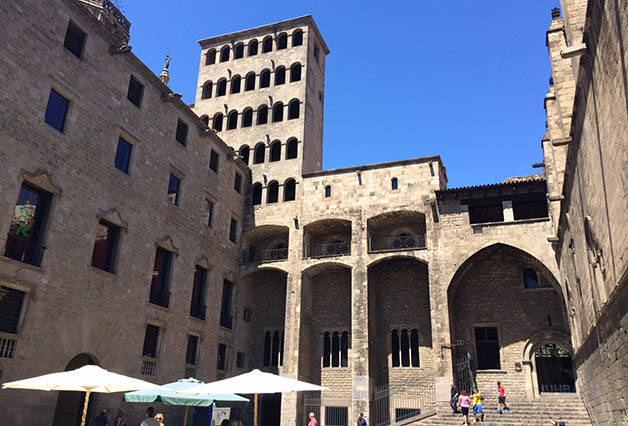 to see another side of Barcelona

The Museum of the History of Barcelona (or MUHBA) retraces the history of the Catalan capital from its origins right through to today.

Established in 1943, it has many centres across the city. However, the biggest and most interesting building is in the Gothic district on the Plaça del Rei.

The city history museum in the Plaça del Rei

In the heart of the Gothic quarter you will find the principal space of the Museum of the History of the City. It’s also the most fascinating.

Entering the museum is like leaving behind all of the excitement of the city to travel back in time. Taking the lift to the basement to start the tour you will find yourself delivered to the Roman era.

The museum houses more than 4000 square metres of archeological relics. You will find cleaning and dying materials, equipment for seasoning fish and producing wine, as well as a few individual houses dating from the 2nd and 3rd centuries.

Here is a 3D reconstruction to give you an idea of a Roman town in the 3rd century:

The voyage continues with the remains of an episcopal ensemble (4th- 7th Centuries) and a Visigoth church from the 6th century. This brings you to the Barcelona of the early middle ages (4th to 13th centuries). This part might be less fun for children as there are a lot of written explanations on boards and a few items that are representative of the era.

You learn a lot about Visigoth, Islamic and Carolingian Barcelona…all before the city became a European and Mediterranean capital with the growth of industrialisation.

Other centres of the city’s history museum

As well as the main building, the History Museum has many other centres, most of which are free to visit.

These different centres are all independent and not stages in the same single tour.