The best places to try horchata de chufa in Barcelona

Take the plunge and try horchata de chufa! This Valencian speciality is very popular in Barcelona, and is a great summer thirst quencher. 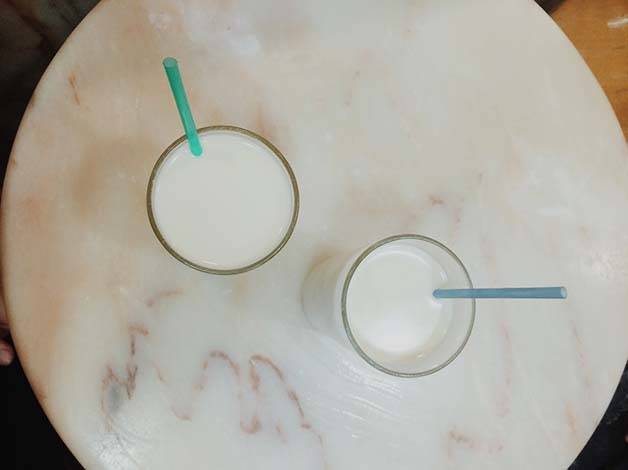 If you’re the type of traveller who likes to try local specalties every time you visit somewhere new, you won’t want to miss horchata de chufa! This unusual, summery drink is a great way to quench your thirst and surprise your tastebuds.

What is horchata de chufa?

(pronounced “ortchata de tchoofa”) is a drink made from a washed, ground tuber (known as chufa sage or tigernuts), mixed with water and, often, sugar.

At this point, you probably don’t have any more idea of what we’re talking about than when we started. That’s only to be expected, as you won’t find anything like horchata in other countries. It’s sometimes compared to almond milk, but those who have tried it generally agree that it’s like nothing else.

Legend has it that the word orxata (horchata, in Spanish) comes from a statement made by Jaume I of Aragon who, on being served a glass of the drink by a young girl, exclaimed “Això és or, xata” – “that’s gold, sweetheart’! This gave rise to the expression Això és orxata: this is orxata.

Not everybody is as taken with the drink as Jaume I – there are even some people who hate it when they first try it. Like coffee or beer, it’s something that grows on you! Keep trying, and by the second or third glass, you may just have a new favourite drink.

We’ve compiled a list of our favourite orxaterias (horchaterías) for a first taste of the drink in Barcelona. There are a few rules to respect: only drink horchata de chufa on the day it’s made, and only if it’s created in the proper, traditional way. The simili-horchata you’ll find in bottles in supermarkets are worlds away from the healthy, natural, artisan product recommended in this article.

Orxateria Verdú in the Eixample Dret: the best of the best! 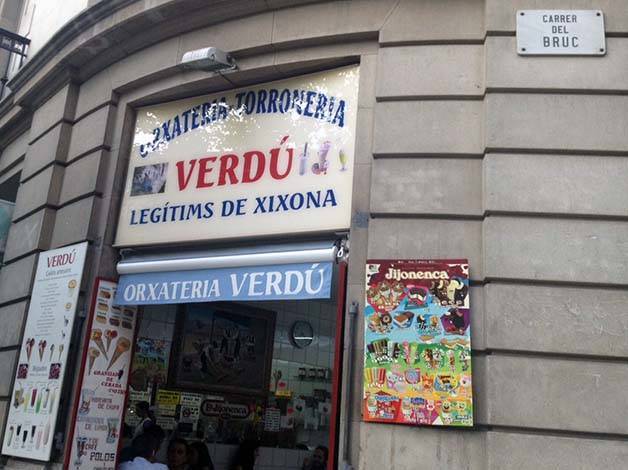 This small, unassuming venue is located on the corner of Bruc and Mallorca, half-way between Sagrada Familia and La Pedrera. The owners make their star product fresh every day throughout the summer months, and it’s known to be one of the best you’ll find in Barcelona. There’s a second branch not too far away, on Passeig Sant Joan. 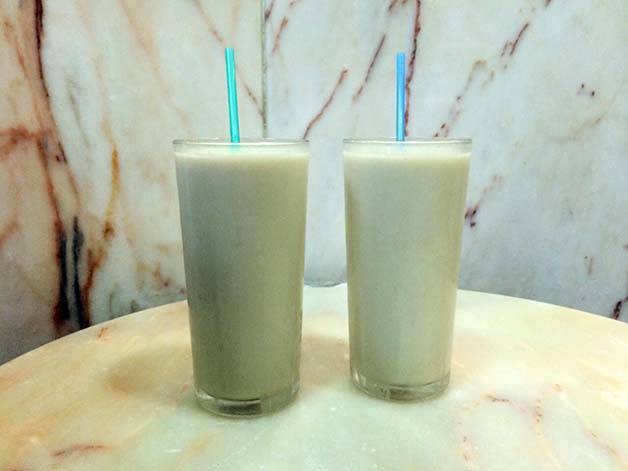 This little shop is a typical horchateria and is very popular with the locals.

On arrival, take a “orxata” ticket and wait your turn – enjoy the atmosphere whilst your orxata arrives. The system is very efficient, so you won’t have long to wait.

On another visit (or the same day, but let’s be reasonable here), you may want to try the excellent homemade ice cream, which features in our article on the best ice cream spots in Barcelona.) 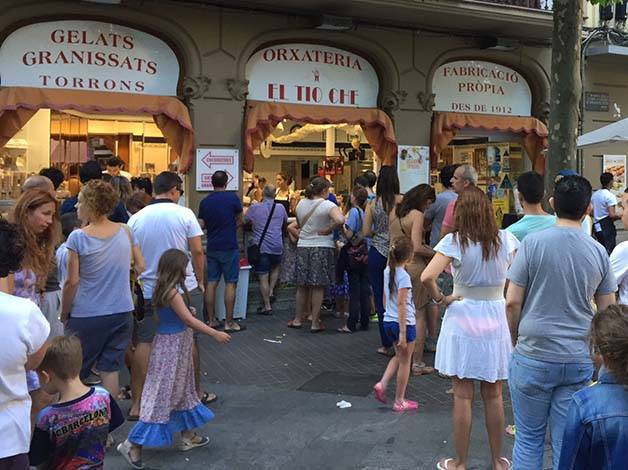 If you fancy exploring an area of the city which isn’t particularly well-known to tourists, take a walk down the Rambla del Poblenou. Stop off at the orxateria Tio Che, one of the best-known horchata venues in Barcelona. As at Sirvant, the queue moves quickly thanks to a ticket system. Don’t worry if you see crowds in front of the door, you’ll still be served quickly.

Why? For horchata all year round
How much? Around €2 a glass (different sized available)
When? Summer: every day, 10am – midnight; Winter: 10am – 10pm. Closed Mondays.
Where? Rambla del Poble Nou, 56 (Poble Nou) metro Sant Antoni (L4) 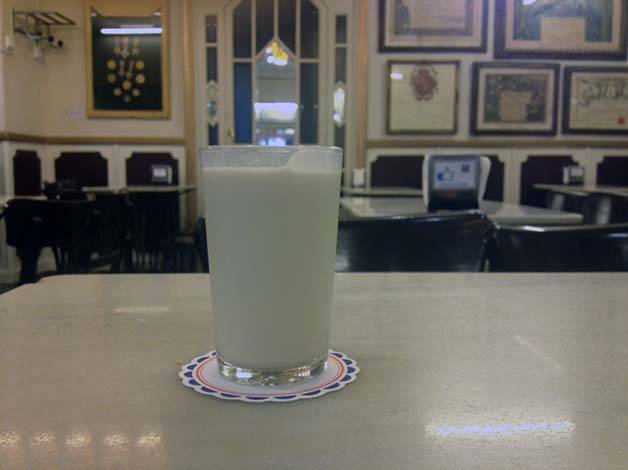 This is the only establishment on our list which isn’t just a orxatería. It’s a venue in its own right, and one of our favourite granjas in Barcelona – we’ve even written an article on it.
The orxata isn’t the only house speciality, but it’s still extremely good.
Served with style on a paper doily at one of the bistro tables, we thoroughly enjoyed our horchata here on a hot summer’s afternoon. The olde-worlde feel of the Granja Viader adds another level to the experience.