Home > Advice > Train, plane, car, bus, ship > Transfers between the airport and Barcelona with Aerobus: the best value for money

Looking for the best way of getting from the airport into central Barcelona? The Aerobus is a fast, comfortable and practical option. 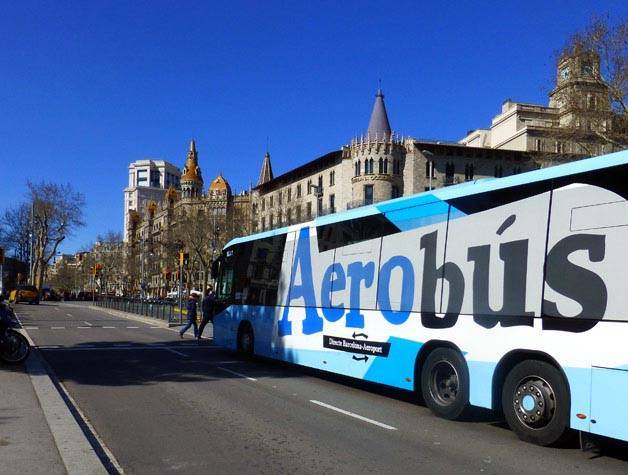 for speed and comfort

The Aerobus is a special bus service which runs between Barcelona airport and the city centre. Fast, efficient and affordable, it is particularly practical for transfers into the city from terminal 1 or 2.

Aerobus: a dedicated service for transfers between the airport and the city centre

There’s a “normal” bus service (no. 46) which follows a very similar route, but it doesn’t go right into the city centre (Plaça Catalunya) and isn’t intended specifically for transfers.

An access ramp for people with reduced mobility is available on the bus. There is also a space reserved for wheelchairs.

From the airport to central Barcelona

The terminal 1 Aerobus stop is on the floor below the arrivals hall.

The video below will give you an idea of the route to take.

Leave the arrivals hall and turn left. If you’re at terminal 2C, head toward terminals 2A and 2B: the bus stop is on the way.

The first stop in Barcelona is Plaça Espanya, a metro and train station served by a large number of lines.

The next stop is at Gran Via-Urgell.

The penultimate Aerobus stop is at Plaça Universitat.

Plaça Catalunya is in the center of Barcelona. In addition to being the Aerobus terminal, it’s a stop on many bus, metro and train routes. There’s also a taxi rank next to the Aerobus stop.

From central Barcelona to the airport

This bus leaves from Plaça Catalunya, from the same stop used when dropping off passengers from the airport.

In this direction, the Aerobus doesn’t stop at Plaça Universitat or Gran Vía-Urgell – these stops are replaced by a single stop at Sepúlveda-Urgell.

The final stop before the airport is Plaça Espanya.

Simply choose the Aerobus – A1 or A2 – which serves the terminal of your choice.

The Aerobus runs 365 days a year at the same frequency every day, including weekends and public holidays.

You can buy your ticket online, from the machines at the Aerobus stations (note that they don’t always work). Or you can do it directly, on the bus (cash only, no notes of more than €20).

Buying your tickets online is fast and simple, and you don’t need to choose a time in advance. 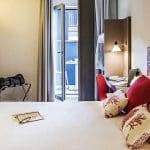 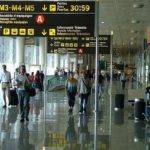 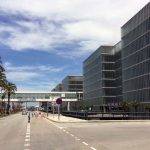