Catalan specialties: a festival of flavours

From sweet tapas to preserved vegetables, paella and even more, indulge in Catalan specialties. 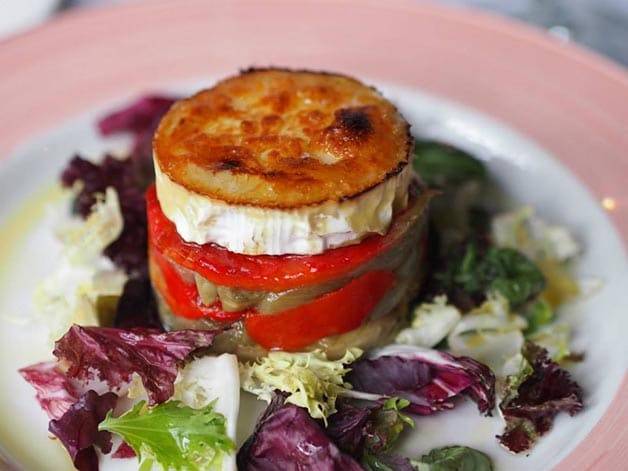 Catalan specialties are very varied, so you are bound to find a dish that makes your mouth water!

The word “tapas” (spelled “tapes” in Catalan) doesn’t denote a particular dish, but just its size. A tapa is a small portion, a sort of taster that you generally enjoy with a drink.

Be careful when ordering, to distinguish between a tapa (small portion) mitja-ració (half-plate) and ració (full plate) as the prices varies depending on the size. Tapas are obviously cheaper than the full portions.

It seems as though the concept of tapas was created in order to prevent flies falling into your drink by placing a slice of bread or a plate of olives over the top.

The origin of the word “tapas” comes from the verb tapar, which, in Spanish means to cover. The tapas ritual gave rise to the verb tapear, meaning “to eat tapas”. 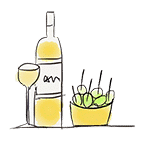 The most common Catalan tapas

Charcuterie (embotits in Catalan) is often eaten as tapas. To learn more take a look at our article Catalan cuisine: between land and sea, tradition and innovation

The other most common tapas are olives, anchovies (anxoves or boquerons), fried calamari, cod or cheese croquettes (bunyols) or the Barceloneta “bombs”, little balls of mashed potato stuffed with minced meat, rolled in breadcrumbs and fried.

The calçotada is a Catalan institution. It is eaten from November to April, often with family or friends, as it is a chance to get together around the fire where you grill spring onions (calçots). Once ready, you peel off the blackened outer layer of skin and enjoy a calçot in a romesco sauce.

Esqueixada is a salad of unsalted cod, tuna, tomatoes, peppers, olives and onions. It is very refreshing and very good in Summer!

Yes cannelloni is a Catalan specialty! Imported from Italy in the 19th Century by the middle classes it was swiftly adopted by the Catalan people, who gave it their own twist.

Escalivada can be served as a starter or as an accompaniment as it is made of baked crystalised vegetables. It is usually made up of aubergines, peppers and onions seasoned with olive oil.

Fava beans are cooked with lard, onions, garlic, laurel and olive oil. They can be eaten on their own or accompanied by a sort of Catalan sausage called botifarra negra.

The name of this emblematic dish comes from the Catalan paella, which refers to the large dish used to prepare this mixture of rice, saffron and poultry.

Originally from Valencia, paella is so beloved of Catalan people that they have reinvented it, replacing some of the meats with seafood such as mussels and prawns.

In Catalonia, it is also usual to eat other rice-based specialties: arroz con bogavante (lobster rice) and arroz caldoso (a more liquid dish than paella but just as tasty).

Black rice is a really delicious Catalan specialty. It gets its colour from the squid ink that is mixed with rice together with white wine and fish sock. It is often accompanied by seafood.

This dish is a lot like paella in that it involves the same type of cooking and some of the same ingredients such as tomatoes, chicken, and prawns. The rice is however replaced with noodles (fideus in Catalan). Fideuà is usually served with garlic sauce or lemon.

This cod dish dates from the 18th Century and is deeply rooted in the Catalan culinary culture. The word llauna refers to the metal dish that the fish is cooked in with tomatoes, paprika, white wine and parsley.

This fish sauce is in some ways the Catalan equivalent of a French bouillabaisse. The recipe was invented by fishermen who were looking for a way to prepare rock fish or imperfect fish that they hadn’t been able to sell during the day.

This sophisticated dish is made up of fish cooked in olive oil with peeled tomatoes, nuts, garlic, onions and herbs. After cooking it in a dish that looks a little like a tajine, you flambée the whole lot in rum or brandy before adding a mixture of clams, calamari, mussels and prawns or lobster!

This is none other than rabbit with snails. The snails give a particular flavour to the sauce that the rabbit is cooked in, and it makes quite a surprising mixture!

Rabbit in chocolate is another unsettling mixture but the chocolate is only used in small quantities and serves to balance the taste of the red wine and brandy.

The “mar i muntanya” is a dish that comes from a certain revival in Catalan cooking. The idea is to create bold flavours by combining ingredients from land and sea.  The most usual mar i muntanya is made of chicken and prawns.

Tomato bread (pà amb tomàquet) is almost always present on a Catalan table. However “pà amb tomàquet” requires some preparation, as it is made with slices of good bread that are rubbed with tomato and sometimes garlic. A dash of olive makes this simple bread delicious.

A coca is a little more sophisticated as it is garnished before going into the oven. Whether it’s sweet or savoury, all flavours are acceptable. The best known is the coca amb llardons made with little pieces of bacon, and the coca de Sant Joan, made with conserved fruits.

Crème catalane and mel i mató

Crème catalane is an egg-based dessert covered in burnt sugar. It is delicious and not unlike the crème brûlée that it inspired.

Another specialty, the mel i mató is made of a not too creamy yoghurt (mató) with a drizzling of honey (mel in Catalan).

Among the most popular cakes of Catalonia is the braç de gis itano, a rolled cake filled with crème catalane. Sweet potato pudding (púding de moniatos) can also be used as a filling.

If you prefer dry cakes, Sitges escumes are almond and egg-white biscuits from a beach resort south of Barcelona.

In Catalonia, every time of year brings its own sweets.

At lent we eat donuts (bunyols). Hollow, stuffed with cream, and flavoured with aniseed or liqueur and rolled in sugar before being served.

For Easter, both young and old enjoy mones, golden coins in varying degrees of splendour.

At all-saints people eat panellets, little cakes made with almond paste. The most popular ones are made with pine nuts but there are many types: coffee, lemon, quince…feel free to indulge!

The sweets of Christmas are turrón or torró made from egg, honey, sugar and almonds. It’s a sort of Catalan version of nougat. To find out where you can get it, see our article Where to buy good handmade turron in Barcelona?

To celebrate the Day of the Kings on the 6th of January there is the much-honoured Kings’ Cake (tortell de reis). This circular loaf flavoured with orange blossom and crystalised fruit is filled with cream.

Get ready to lick your fingers!