Torre Bellesguard: a unique and forgotten work by Gaudí

If you love Gaudí but you want to get off the beaten rack, then a visit to the fascinating Torre Bellesguard should be right up your street! 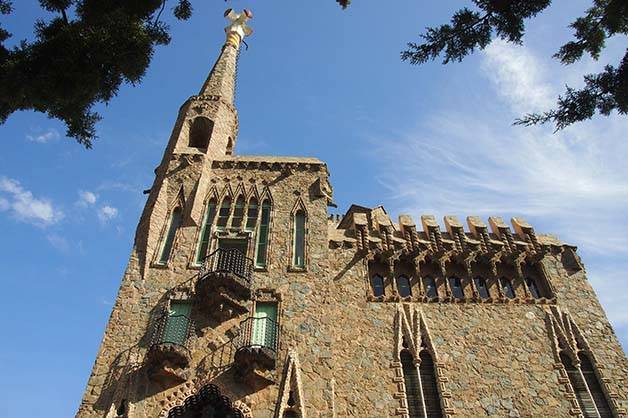 Tuesday to Sunday 10am to 3pm

to discover a less known Gaudí

Torre Bellesguard is a house built by Gaudí at the very beginning of the 20th century. Unusual in many regards, it is a very exciting place to visit.

Torre Bellesguard’s history spans more than 6 centuries. It is located on the old site of the castle of King Martin I of Aragon, the last king of the Catalan Aragon dynasty. The residence therefore took on a historic and patriotic dimension that is recaptured in many elements of the design and ornamentation of the place. 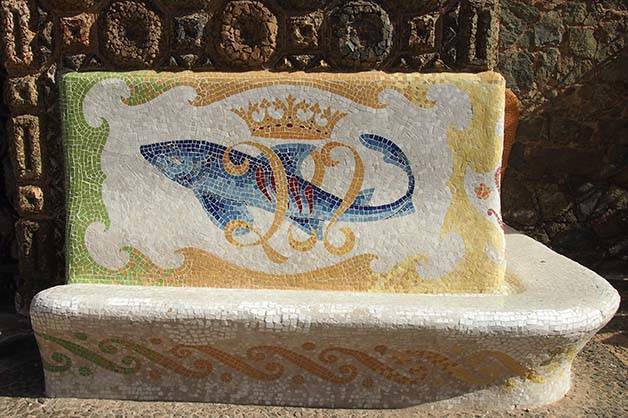 Gaudí showed great respect for the history of the place by adopting a more sober style than usual. He also recaptured certain episodes in the history of King Martin I of Aragon in the decoration.

The result is surprising as the house has certain trademark elements of the architect’s style (the tower, the arcades, the windows…) without being instantly recognisable. It therefore allows one to see another side of his work that’s, less well known but just as interesting.

Like many of the genius architect’s buildings, Torre Bellesguard remains incomplete. The architect Domènech Sugrañes took over the project from 1917.

Ordered by Jaume Figueras, the house reverted quickly to his widow, but the works were very expensive and she ended up selling it.

During the civil war it was occupied by religious orders before being bought by the Guilera family.

It was passed down through the generations for 70 years and is still inhabited today. It is entirely private and receives no public funding. 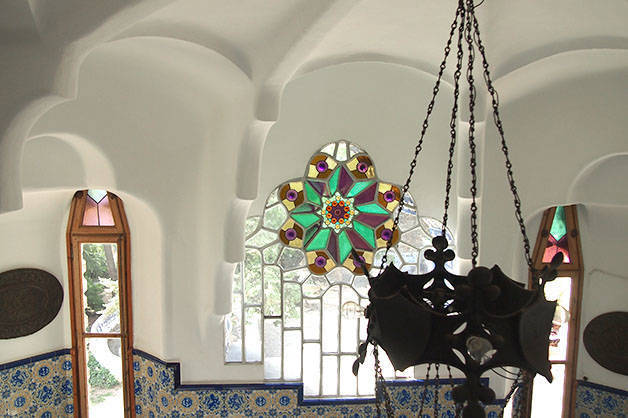 The owners of Torre Bellesguard have always been aware of the cultural value of this building, and they are used to having an open gate so those who wish to can walk around their garden and admire the exterior of the house.

They took an extra step in September 2013 by allowing part of the building to be visited. It is quite exceptional as it is very exclusive: when we passed through there were only 4 of us. We passed a few other people, but you could count them on one hand.

It must be said that Torre Bellesguard is located a little out of the way and some tourist maps don’t even include it! It is therefore a bit of a secret treasure to discover in the best possible conditions, making a change from the Sagrada Familia, the Pedrera and the Casa Batlló which are always packed!

The tour of the Torre Bellesguard includes the garden entrance, two rooms on the first floor and the roof. It is rich in anecdotes and legends and lifts the veil on some less well known aspects of Gaudí’s work.

The audio guide lasts 40 minutes, but you will need about an hour to get through the tour at your own pace. You are then free to stay as long as you like in the garden.

There is also a guided tour in English, Spanish and Catalan. It lasts an hour and is carried out by a very enthusiastic guide who knows all the house’s anecdotes. We loved it! 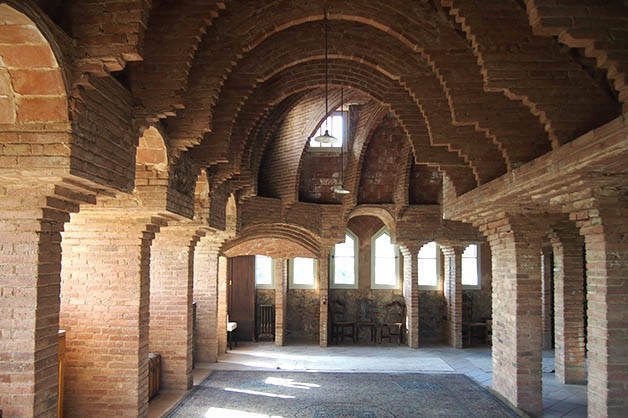 And then  why not visit the colònia Güell crypt, another lesser known work by Gaudí? It’s definitely worth a look. Happy touring!