The Filmoteca de Catalunya is a first class film library with great prices. A top tip for film lovers. 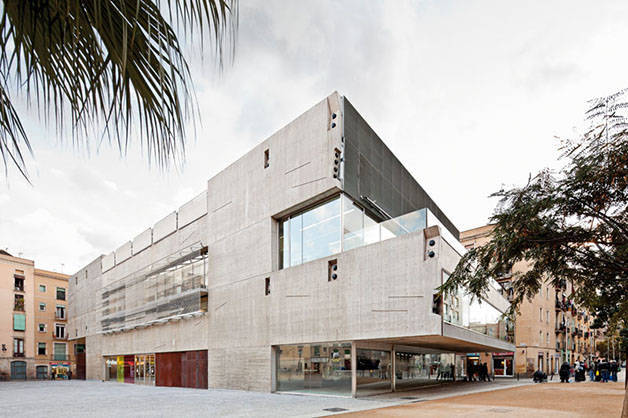 for its low prices
for its unusual programme

The film library of Catalonia (Filmoteca de Catalunya) is a public cultural institution. Since 1981 it has been dedicated to preserving, conserving and promoting Catalan film abroad.

The building was built by the architect Josep Lluís Mateo, also responsible for the Fòrum convention centre. Spread over 6 floors it houses 2 screening rooms and a specialised library.

Construction of the film library had to stop because one of the construction workers stumbled across some Bronze Age ceramic objects, the remains of a neolithic woman and the remnants of a 17th century prison. Yes, Barcelona has a long history!

The film library and its precious archives

One of the aims of the film library being conservation, it owns nearly 100,000 reels of film corresponding to around 50,0000 audiovisual documentaries. So, plenty of variety for the viewer!

Films are generally shown in original version, or sometimes in Spanish or Catalan. Subtitles are either in Spanish or in Catalan. This is specified in the film library’s programme.

Auteur cinema is well represented in the Filmoteca’s collection, and it’s here that most of the screenings take place for the Auteur Cinema festival D’A, which we have previously mentioned in our article on Springtime film festivals.

Besides that, the great classics also have their place in the Filmoteca. Several times a year tributes are made to the most significant directors in the history of cinema.

The weekend is for children: every Saturday and Sunday at 5pm the film library screens children’s films.

Cinema cycles are regularly organised at the Filmoteca. They are generally either dedicated to a film maker or a particular theme, whether in classical cinema or new contemporary trends.

In Summer, the open air film festival Puttanesca takes place on the Salvador Seguí square, just opposite the Filmoteca. And furthermore it’s free! More info in our article on open air cinema cycles. 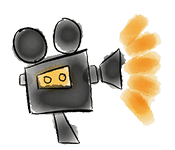 Exhibitions at the Filmoteca

These exhibitions are made possible due to the film library’s archives which includes many photographs taken during filming, or film stills. Occasionally other cultural centres (such as for example the French film library) participate in the exhibition by lending some pieces from their archives.

The Filmoteca de Catalunya library contains works from the national film library and private collections that have been donated. In total there are more than 20,0000 graphic archives, 8,000 films, 5,000 soundtracks and a huge collection of filming equipment.

Since 2002, the Filmoteca library has been recognised as part of the Catalan Cultural heritage. it is also one of the biggest film libraries in Europe.

Buying a cinema ticket gets you access to the exhibition room

Subscriptions give access to the exhibitions, screenings and library.