Home > Advice > Useful information > Festivals and holidays in Barcelona: everything you need to know to plan your trip

Festivals and holidays in Barcelona: everything you need to know to plan your trip

Holidays in Barcelona are a chance to get closer to Catalan culture and to enjoy huge festivals and free activities. Enjoy! 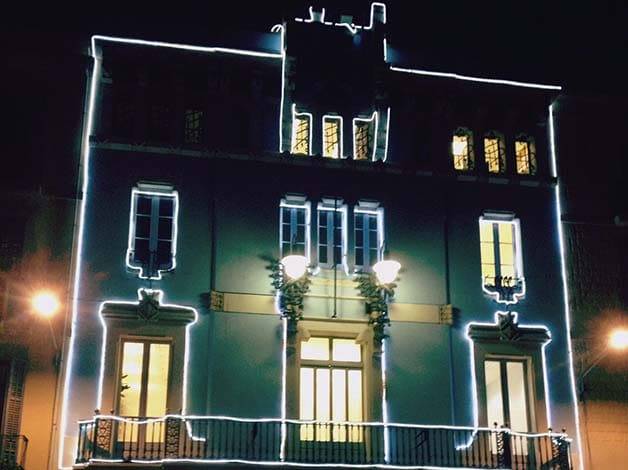 Barcelona is well worth a visit, and not just for the weather! A whole lot of holidays are dotted throughout the year to brighten up Barcelona life, and it’s important to be aware of when they fall, as many museums and shops may be closed!

6th January: the Kings’ day, and the children’s festival

In Catalonia and all over Spain, the epiphany or Kings’ day on the 6th of January is more significant than Christmas, and it’s on this day that children receive gifts. 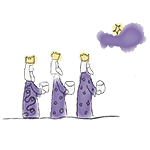 The 5th of January: children’s festival, sweets and parade

A big celebration takes place on the 5th of January. The Magic kings arrive at the port in a boat and parade through the city, throwing sweets to the families that have come to celebrate their arrival.

Generally the parade happens in the early evening, starting around 6pm and ending around 9:30pm.

In our opinion the most magical place to view the parade is the Moll de la Fusta. This is where Melchior, Gaspard and Balthazar disembark and are welcomed to Barcelona. They normally arrive around 4:30pm.

The parade then travels through the city, starting at around 6pm, and ending around 9:30pm. You can find the itinerary of the cavalcada dels reis here.

In all the bakeries you can find the tortells de reis (kings’ cake) which is a sort of orange flower fruit loaf, that contains a ring for the person who gets the lucky slice!

Carnival and the burial of the sardine

In Barcelona, Carnival, or Carnestoltes is celebrated in the street. A week of parades and music mark the end of Winter and the beginning of lent.

On Ash Wednesday, the carnival king accused of excess indulgence in the preceding days is condemned and burned, although a little piece of him is kept so he can be reborn the following year. 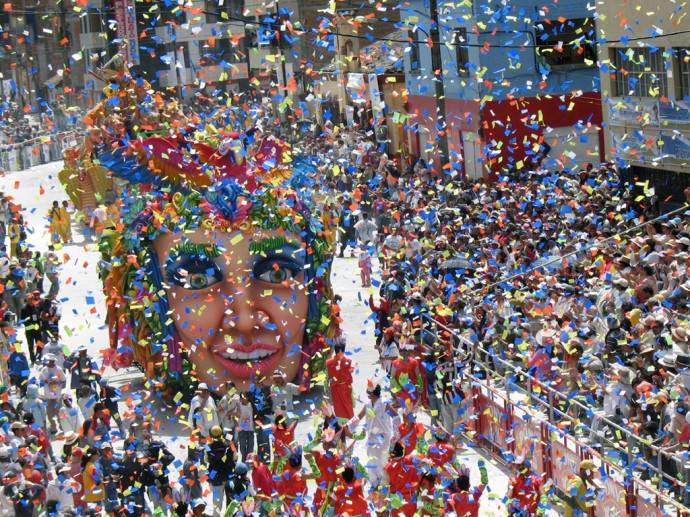 During lent they eat bunyols.

In Barcelona holy week is not celebrated with the same ardour as it is in for example Seville, which is known for this celebration.

However, if you want to attend a traditional Easter procession, head to the Sant Agustí church in the Raval. There is a very special atmosphere there on Good Friday, with processions portraying hooded personages carrying large crucifixes, naked penitents and women dressed in black holding crosses with chained feet provide a mystical, if almost spooky experience.

To find out where to buy them, see Chocolate in Barcelona: travel in the land of cocoa.

Sant Jordi is a very special festival but it’s not a holiday, although the excitement in the streets sometimes suggests otherwise. The city is scattered with roses and books and everyone gathers in the streets to celebrate this day of friendship. It’s one of the most popular festivals. 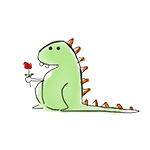 1st of May: Labor Day

The 1st of May, as in many countries around the world, is a holiday in Spain.

Sant Joan happens on the night of the 23rd to 24th of June, with the 24th being a holiday. The festival involves a lot of fun and good humour, fireworks, sparklers and a festival atmosphere on the beach.

The 15th of August is the holiday commemorating the Assumption, but if Barcelona comes alive on that day it’s not for religious reasons…

The 15th of August is the beginning of the Festa Major de Gràcia, the most impressive neighborhood festival of the year. It is a time for everyone to immerse themselves in Catalan culture and to discover  Gràcia. The streets of this district fill with incredible decorations that offer an unforgettable experience! 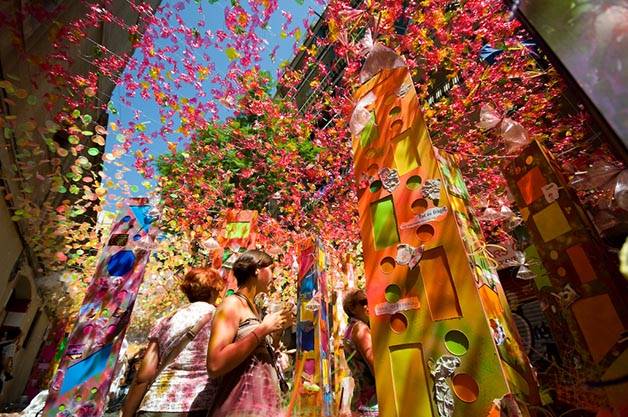 11th of September: the festival of Catalonia

This was officially declared the Catalonian national holiday in 1980. Various commemorations take place around the city’s monuments.

Traditionally on this day the people of Barcelona drape Catalan flags from their windows.

For some, cultural identity and the need for independence are very important themes and on the 11th of September the biggest and most spectacular demonstrations for Catalan independence take place.

As well as being an opportunity for visitors to understand and accept the Catalan culture and its differences, the 11th of September is a time for open air parties and concerts organised all over the city.

Mercè is the biggest festival in Barcelona. To find out everything about this unusual festival read our article on this unmissable day in Barcelona.

The national day of Spain is celebrated throughout Spain on the 12th of October in commemoration of the discovery of America by Christopher Columbus.

1st of November: all saints

All Saints is a great time to visit Barcelona and the weather can be quite mild at this time.

is celebrated on the night of the 31st of October, at the time of year when, according to ancient beliefs the, world of the dead is in contact with the world of the living.

Castanyera is the emblematic figure of this date. She is an old woman dressed in old clothes, an apron, and a shawl and carrying a basket full of chestnuts that she is supposed to sell to the city.

These little almond biscuits fill the bakery shelves. The classic version covered in pine nuts are supposed to look like chestnut husks. But there are many variations so feel free to enjoy immoderately! 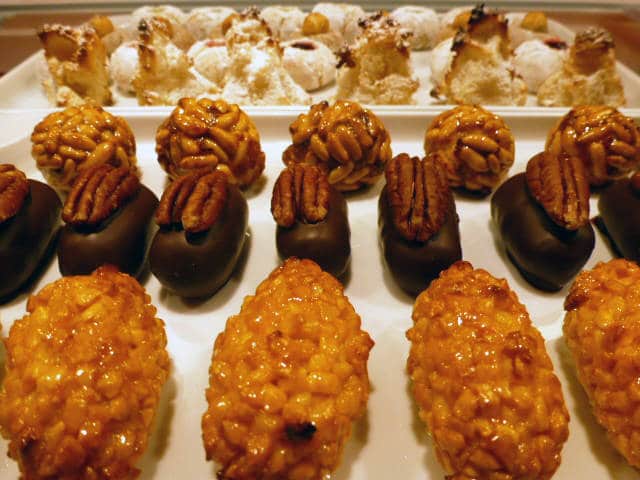 6th of December: Day of the Constitution

This is a holiday all over Spain to celebrate the adoption by referendum of the Spanish constitution on the 6th of December 1978, when democracy triumphed definitively over Franco’s regime. Barcelona’s citizens mostly consider themselves more Catalan than Spanish so they don’t organise anything in particular on this day.

The Immaculate Conception is a religious festival marked in churches and cathedrals. There are no other special festivities organised.

The 25th and 26th of December (Sant Esteve) are holidays and all shops and tourist attractions are closed. However, most restaurants are open and offer a special menu. We advise you to book a table, and to help you, check out our article on restaurants with a Christmas menu in Barcelona.

The most famous market takes place in the cathedral square (fira de Santa Lucía). Head there during the week or early at the weekend as it is often packed. The Sagrada Familia Christmas market is also worth a look. For more information on Christmas traditions click here.

Do not be surprised if you spot in the stalls a little figurine of a man doing his business. The caganer is a Catalan symbol that families often add to their nativity scenes.

The Cagatió or Tió de Nadal is another wacky Catalan tradition. It’s a little log with legs covered in a Catalan bonnet and then covered in material. Families are supposed to feed it from the 8th of December and on the 24th children hit it with sticks and sing songs to make it deliver Christmas presents.

At Christmas people usually eat stuffed chicken and sopa de galets, a soup with large pieces of pasta, meat and vegetables. Dessert is usually torrons (soft or hard nougat) and neules (a type of Catalan biscuit) all washed down with good cava!

For Sant Esteve, Catalan people often eat cannelons stuffed with leftovers from the day before.

The 31st of December is not a holiday but the 1st of January is, so you have an excuse to party on the  Noche vieja (literally “old night”). Various bars, restaurants and clubs organise special evenings but be careful as they can also put up their prices!

If you want to get in on a Spanish tradition, eat a grape for every one of the last 12 seconds of the year! The 12 grapes represent the 12 months of the year, and it’s a fun and funny custom! 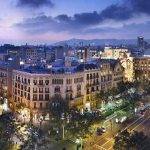 The Shopping Night Barcelona: THE big night for shopping enthusiasts 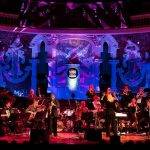 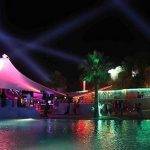