Home > Shopping > Presents, objects, books > Barcelona in the movies: films to see before, during or after your visit

Barcelona in the movies: films to see before, during or after your visit

Discover our selection of movies filmed in Barcelona: a nice introduction to the city or a trip down memory lane.

It’s a simple fact that Barcelona is an inspiring city. And to our great joy, many film makers have chosen it as the backdrop or even as the man character in their films. Here is a list of major films that will help you see another side of Barcelona!

A film screening can even be a chance to prepare for a trip or a tour (you can have fun spotting places you recognise once you’re there), or else to reminisce over the places you’ve been once you get home.

L’auberge espagnole is a legendary film that tells the story of the Erasmus adventures of Xaver, a young French man who has come to Barcelona on a University exchange. He shares a large apartment with young people from all over Europe with mixed results.

Between fights, laughs, drunken nights, fun, love and friendship this funny and realistic film evokes a whole spectrum of emotions and portrays a charming and festive Barcelona. It’s a film to watch and re-watch often!

Filming sites: The Rambla, Parc Güell , the Sagrada Familia, the beaches of Barcelona, the university, the MACBA, the Plaça Reial, the Hospital del Mar, and the cable car…

Vicky Cristina Barcelona portrays a Barcelona that is artistic, poetic and free from social and emotional constraints.

It is the story of two American women who come to spend a Summer in Barcelona: one to develop her thesis on Catalan art nouveau, and the other to rest and find herself. When they meet with a Barcelona painter their plans take an unexpected turn.

The story carries you easily along, and it is a pleasure to follow the adventures of the two protagonists.

It might seem absurd but it is a great idea: in the film Perfume, Barcelona was chosen to represent 18th Century Paris. So it’s a great film for spotting medieval and historical parts of Barcelona.

It tells the story of Jean-Baptiste Grenouille, an antisocial young man with a special gift for perfume, whose life is completely devoted to the search for smells. His ultimate goal is to capture human odours, and to achieve this he will even kill young women in cold blood.

But Grenouille remains appealing despite his madness, which allows the film to avoid becoming overly morbid. Perfume is a sensory experience that intrigues from beginning to end.

All about my mother (Pedro Almodovar) 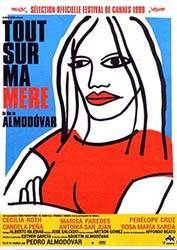 Pedro Almodovar is a singular director, and All about my mother shows this perfectly.

The film paints a somber and desperate picture of life on the margins of Barcelona, but manages to do so with humour and tenderness.

It’s an unusual depiction of women and transsexuals, with questions about identity, family, illness, grief and abandonment. A bizarre and wonderful film.

is also a very original film, this time horror. Its power comes from the fact that it was filmed in real time, which gives the viewer the impression of being immersed in a documentary. It also means the cameraman is a character whose face we never see.

The realism is striking, particularly as the actors were required to improvise. To give an extra touch of realism the directors sometimes even gave opposite instructions to actors for the same scene, just to generate more confusion.

was praised by audiences and critics, and it won numerous awards. It was therefore followed by two more films and a quite faithful American adaptation.

was recorded entirely in a residence in Eixample, at number 34 Rambla Catalunya. [●REC] 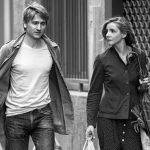 April and May in Barcelona: the spring film festivals 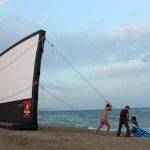